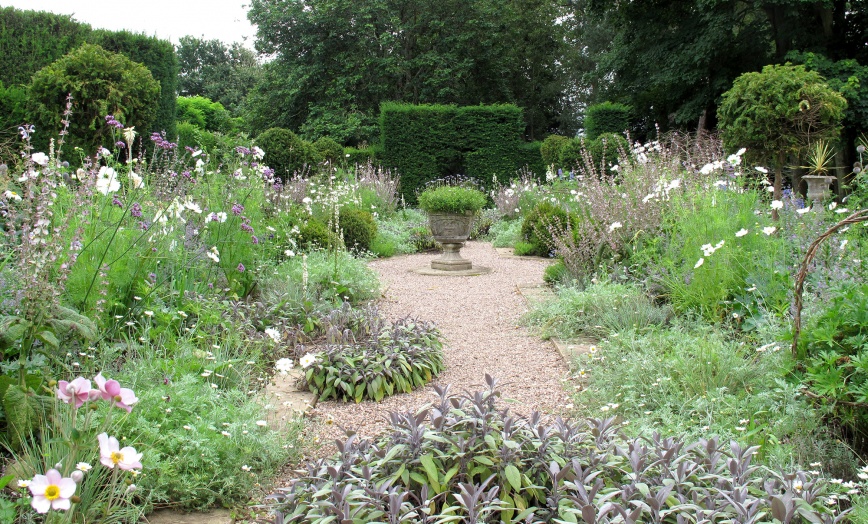 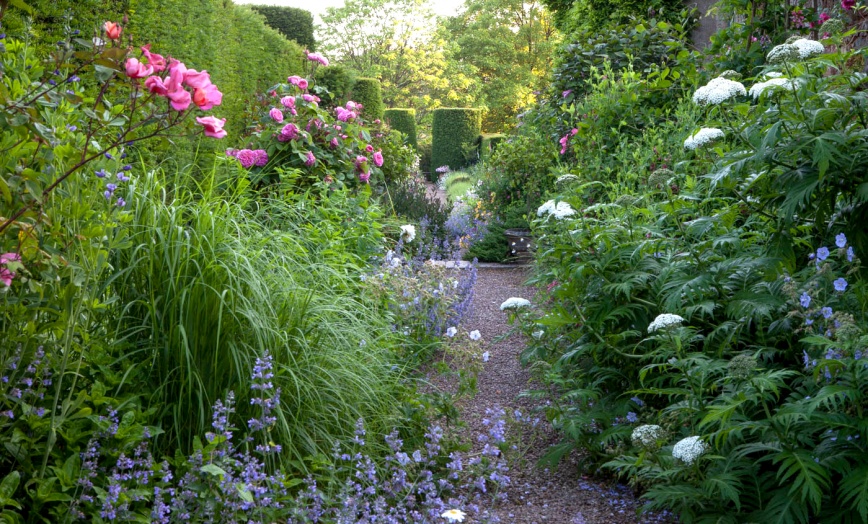 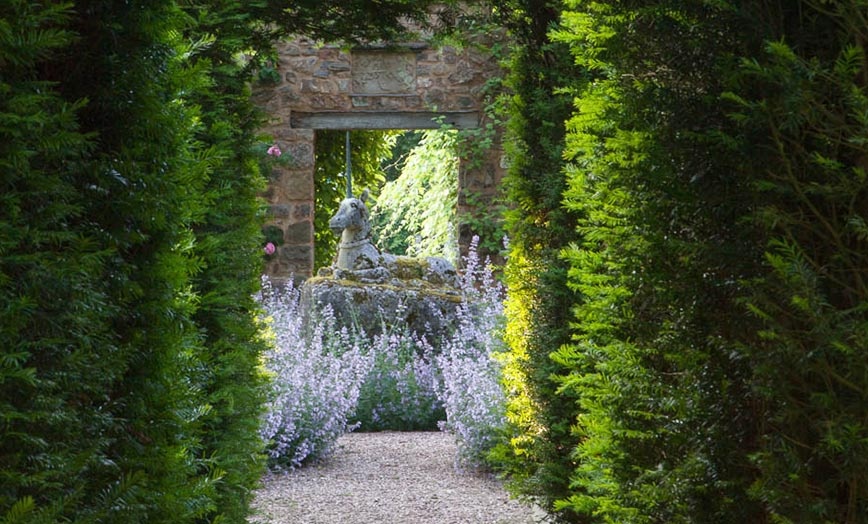 The Gardens are now closed for the 2020 season.

The romance of Cothay lies in part to its great age and the atmosphere that surrounds it. In medieval times, the rent for the land surrounding the manor was a rose and a pair of silver spurs payable at Christmas and on the feast of St. John the Baptist, which falls on mid-summer’s day.

Legend has it that to celebrate the end of the Wars of the Roses, a red and a white rose were planted on the terrace by Richard Bluett, the then lord of the manor, who enlarged Cothay in the 15th Century. The legend and gesture continue to this day, for you can still see the red rose of Lancaster and the white rose of York flowering today.

The Gardens at Cothay open on the first Sunday in April when you should see thousands of white tulips heralding the season, like an army of white angels marching through the garden. In the summer months, the glory of this ancient place is at its best.

Twelve acres of magical gardens surround the manor. Many garden rooms, each a garden in itself, are set off a 200 yard yew walk. In addition, fine trees, cottage garden, courtyards, and a river walk; a plantsman’s paradise. The gardens have achieved the highest accolade of two stars in the Good Garden Guide and in June 2012 featured in the Daily Telegraph’s ’20 Best Gardens in Britain’.

"The most magical place with superb gardens. It is on our list of places to go back to at different times of year." 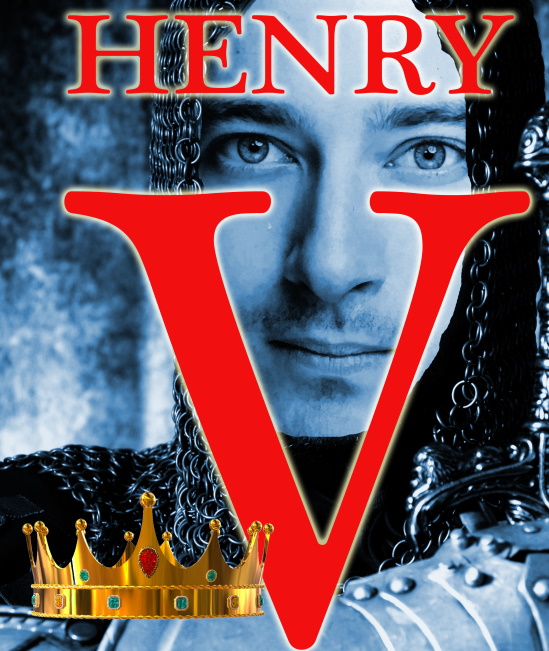 For its 35th Year of touring, Festival Players International brings you Shakespeare’s most popular History Play, HENRY V. After a rebellious and spirited...